Breast implant illness – A real issue or an imaginary complaint…

Breast implant illness (BII) is an unofficial term used by a small number of women who; after having breast implant surgery, self identified symptoms such as tiredness and fatigue, pain in the chest and body, loss of hair, headaches, low mood, confusion, unexplained rashes, sudden body odour and more. The symptoms reported are unique to each woman experiencing them and there appears to be no clear pattern in regards to when the symptoms first appear: Some women report to have struggled with issues from immediately after surgery whilst others claim to have developed symptoms many years later.

The condition also seems to affect women with any type or shape of breast implant: There have been reports of sufferers having both saline and silicone gel filled implants that are either textured or smooth on the surface and either round or teardrop in shape. 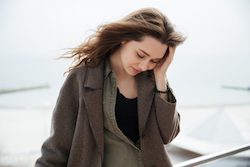 Some of the women who experience breast implant illness also get diagnosed with autoimmune and connective tissue disorders, therefore it has been suggested that there may be links between the two conditions. However there is not sufficient evidence to confirm this as many sufferers who present with symptoms of breast implant illness do not also get this second diagnosis.

Although this illness is not officially recognised within the medical world, as a responsible practitioner I feel it is important to not only inform my individual patients of its existence but also to raise awareness of the condition across the web: So that all patients who are thinking of having breast implants, go into surgery being fully informed of any possible risks that are associated with the procedure.

But is the condition real?

Breast implant illness has gained more attention during the past 12 months and recent reports conclude that plastic surgeons, researchers, and other professional organisations are closely monitoring the situation surrounding whether Breast Implant illness does in fact exist. The FDA released a statement saying that they are “taking steps to better characterize [BII] and its risk factors, and are considering ways to help to ensure women have all of the information they need to make informed decisions about whether to obtain breast implants or to remove existing breast implants in an effort to reverse systemic symptoms”.

What is the cause of breast implant illness?

There have been some proposals put forward that breast implant illness may be due to the woman’s body’s inflammatory reaction to the implant, which it sees as a foreign object. Other suggestions include it is the body reacting to specific materials within the implants, whilst others have tried to link it to the surgical technique of inserting the implant. However due to the fact that the condition is currently not recognised as a medical illness and there is currently little scientific evidence to support any connection between implants and the symptoms reported, it is quite difficult to pinpoint what the underlying cause may be.

Is there a connection with lifestyle and breast implant illness?

There have been questions asking whether a person’s lifestyle could be a contributing factor towards the symptoms associated with BII. Again, due to the struggle in regards to finding a definite cause to the symptoms, it makes it just as difficult to determine whether a person’s lifestyle or diet could be contributing towards their symptoms. Feedback off suffers, who have changed their routine, diet and other lifestyle factors but not seen any improvements in their symptoms, suggests that the two are not connected.

There currently is no formal way of diagnosing breast implant illness. A lot of women who end up claiming to suffer with BII have gone through multiple other avenues and exhaustive testing first in an attempt to make sense of their symptoms. It is definitely advisable that the patient seeks help to rule out other causes of the symptoms before coming to the conclusion that it is their implants that are the problem. Tests such as those looking to diagnose arthritis or Lyme disease should be considered as well as keeping a diary or close monitor of the symptoms to see if there is even the slightest of improvement when treatment for other conditions are being received. 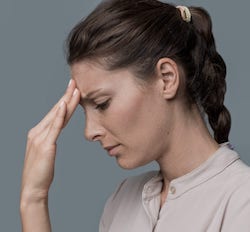 Ok I think I have breast implant illness – now what?

Well the condition is not clearly understood – therefore there have been a few different ways that people have attempted to treat it.

In a lot of cases, but not all, the symptoms can be eliminated through having the implants removed as well as the surrounding scar tissue. This seems to be the most likely scenario to improve symptoms however a small number of patients opt to have new implants inserted that may be a different material, shape or texture. Although this may initially improve symptoms in the short term, it is generally advised that the implants are completely removed. If you are having implants removed to try and improve the symptoms associated with this condition, it is advisable that you try to eat healthy, decrease stress levels and get regular exercise to maximise the chances of a positive result being seen after surgery. These 3 things help to decrease the inflammation associated with BII and to promote overall healing.

I’m thinking of having implants – is anyone at particular risk of suffering with breast implant illness?

Although there is no hard evidence, there have been some suggestions that women who have a personal or family history of autoimmune diseases, allergies, IBS, migraines, fibromyalgia or chronic fatigue may have a greater risk of struggling with Breast implant illness. However there have been lots of women who feel they have BII but do not have a history of any of these conditions. 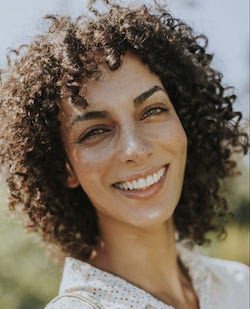 If you are considering getting breast implants or replacing older implants that you had inserted a while ago then the likelihood is you will not experience any adverse reactions. According to the medical watchdog MHRA, the majority of more than a million women who have had breast implant surgery in the UK have not reported any adverse problems. However, as with any surgery, there are risks associated with the procedure. Any reputable surgeon will be open to discussing the possibility of Breast Implant Illness as well as any of the other risks associated with the procedure you are thinking about. When searching for a surgeon, its highly important you choose someone who is as open about these risks as they are about the benefits of surgery. If you have any doubts in your mind that your proposed surgeon does not take the risks seriously, find another one. Your health depends on it.

Contact me today to discuss this, or any other aspect of cosmetic surgery. I offer clinics in both the UK and Cairo.